In the case of Francis v. Baker, [1999] 3 SCR 250, the Supreme Court of Canada dealt with issue of high income earners in the context of child maintenance.  The case is nicely summarized in the opening paragraph:

1               Bastarache J. — The present case involves the interpretation of s. 4 of the Federal Child Support Guidelines, SOR/97-175 (“the Guidelines”), which applies in cases where the paying parent has an annual income of more than $150,000.  Section 4(a) stipulates that child support is to be calculated in accordance with s. 3, that is, the Guidelines’ Table amounts apply.  Table amounts are included in a schedule to the Guidelines.  They set out predetermined child support figures which have been calculated based on the premise that parents spend a fixed percentage of their income on their children.  The applicable Table amount in any given case is a function of the income of the paying parent and the number of children the award is to cover.  Pursuant to s. 4(b) where a court considers the Table amount to be “inappropriate”, it is to award the Guidelines figure in respect of the first $150,000 of the paying parent’s income, plus an amount it considers to be appropriate for the balance of the paying parent’s income, having regard to the condition, means, needs and other circumstances of the children as well as the financial ability of each spouse to contribute to the support of the children.  In all cases, other sections of the Guidelines, such as the s. 10 undue hardship provisions and the s. 7 special expense provisions, may subsequently permit deviation from applicable Table amounts.  The issue raised in this appeal is whether the trial judge abused her discretion in finding that it was not inappropriate for the appellant, who has an income of $945,538 per annum, to pay the Table amount applicable to his income level.

Further in Francis v. Baker, it is stated at paragraph 41:

41        … In my opinion, child support undeniably involves some form of wealth transfer to the children and will often produce an indirect benefit to the custodial parent. … While standard of living may be a consideration in assessing need, at a certain point, support payments will meet even a wealthy child’s reasonable needs. In some cases, courts may conclude that the applicable Guideline figure is so in excess of the children’s reasonable needs that it must be considered to be a functional wealth transfer to a parent or de facto spousal support. … In order to recognize that the objective of child support is the maintenance of children, as well as to implement the fairness and flexibility components of the Guidelines’ objectives, courts must therefore have the discretion to remedy situations where Table amounts are so in excess of the children’s reasonable needs so as no longer to qualify as child support. This is only possible if the word “inappropriate” in s. 4 is interpreted to mean “unsuitable” rather than merely “inadequate”.

In Francis v. Baker, the trial judge’s decision to award the straight guideline amount of $10,034.00 in child support per month for both children of the relationship was upheld.

In British Columbia, Francis v. Baker has been interpreted with varying results in not only child support cases but spousal support cases as well.

The British Columbia Court of Appeal has considered the Federal Child Support Guideline’s application in the context of high income earners in Metzner v. Metzner, 2000 BCCA 474 (CanLII), 2000 BCCA 474 at para. 30 as follows:

[30]   The court then considered whether the trial judge erred in exercising her discretion in the way she did.  It concluded that she had not and dismissed the appeal, affirming the trial judge’s award of the Guidelines Table amount.  As I understand the reasons for judgment of the court in reaching that conclusion, these principles were applied:

1)   It was Parliament’s intention that there be a presumption in favour of the Table amounts in all cases (para. 42);

2)   The Guidelines figures can only be increased or reduced under s.4 if the party seeking such a deviation has rebutted the presumption that the applicable Table amount is appropriate (para. 42);

3)   There must be clear and compelling evidence for departing from the Guidelines figures (para. 43);

4)   Parliament expressly listed in s.4(b)(ii) the factors relevant to determining both appropriateness and inappropriateness of the Table amounts or any deviation therefrom (para. 44);

5)   Courts should determine Table amounts to be inappropriate and so create more suitable awards only after examining all circumstances including the factors expressly set out in s.4(b)(ii) (para. 44);

6)   Section 4(b)(ii) emphasizes the “centrality” of the actual situation of the children.  The actual circumstances of the children are at least as important as any single element of the legislative purpose underlying the section (para. 39).  A proper construction of s.4 requires that the objectives of predictability, consistency and efficiency on the one hand, be balanced with those of fairness, flexibility and recognition of the actual “condition, means, needs and other circumstances of the children” on the other. (para. 40)

7)   While child support payments unquestionably result in some kind of wealth transfer to the children which results in an indirect benefit to the non-paying parent, the objectives of child support payments must be kept in mind.  The Guidelines have not displaced the Divorce Act which has as its objective the maintenance of children rather than household equalization or spousal support (para. 41).

8)   The court must have all necessary information before it in order to determine inappropriateness under s.4. If the evidence provided is a child expense budget, then “the unique economic situation of high income earners” must be considered.

9)   The test for reasonableness of expenses will be a demonstration by the paying parent that the budgeted expense is so high “as to exceed the generous ambit within which reasonable disagreement is possible”: Bellenden v. Satterthwaite, [1948] 1 All E.R. 343 at 345.

[44]   I respectfully agree with the submission by counsel on behalf of the mother that in the threshold enquiry on appropriateness, it is not for the receiving spouse to justify the table amount by the presentation of a persuasive budget; rather the onus is on the payor to demonstrate that the amount is inappropriate on clear and compelling evidence. Not having the benefit of the Supreme Court of Canada decision in Francis, the judge in this case relied heavily on the mother’s existing budget to arrive at her conclusion that the amount was inappropriate.  As I have explained, I consider this to be reversible error.

[45]   It must be acknowledged that the wealthy payor faces a formidable onus at the threshold stage. As Professor McLeod observed at the conclusion of his annotation to the report of Francis in 50 R.F.L. (4th) 232 at 236:

[46]   If this is thought to create a hardship or unfairness the remedy lies with Parliament.

The court must find that the ordering of the strict table amount in child maintenance is inappropriate before the court exercises its discretion to fix an appropriate amount as per Plester v. Plester 1998 CanLII 6657 (BCSC) at para. 148.

Further, in considering the issue, the court must keep in mind Madam Justice MacKenzie’s caution in Plester to exercise this discretion carefully so as not to undermine the objectives of the Guidelines (para. 149).

What follows is a selection of cases that have dealt with Francis v. Baker in the context of child maintenance: 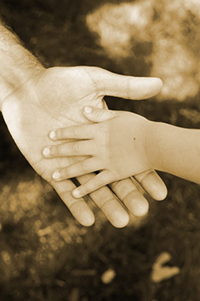